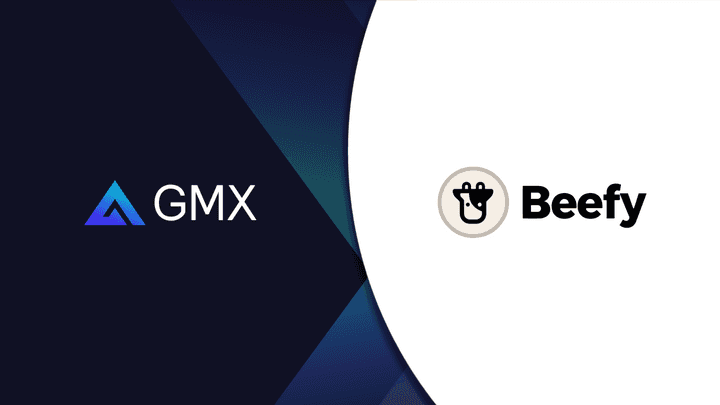 GMX is a multi-chain decentralized exchange on Arbitrum One and Avalanche, letting you easily trade perpetual futures. On the GMX DEX, you can trade BTC, ETH, AVAX, LINK, and UNI with up to 30x leverage from your self-custodial crypto wallet.

As a trader, you enter and exit your positions with zero price impact, while profiting from minimal spreads and deep liquidity. Reliable price data is realized by aggregating price feeds, so users also benefit from lowered liquidation risks.

After minting GLP, it’s automatically staked to earn escrowed GMX (esGMX, an escrowed version of GMX’s utility and governance token), multiplier points, and ETH or AVAX rewards depending on the network.

How does Beefy’s GLP strategy work?

Beefy is creating two new Vaults, each one taking GLP deposits on either Arbitrum or Avalanche. To mint GLP, you’ll have to deposit an asset contained in the GLP index on GMX as outlined previously. GLP is not bridgeable between Arbitrum and Avalanche.

The strategy works as follows: 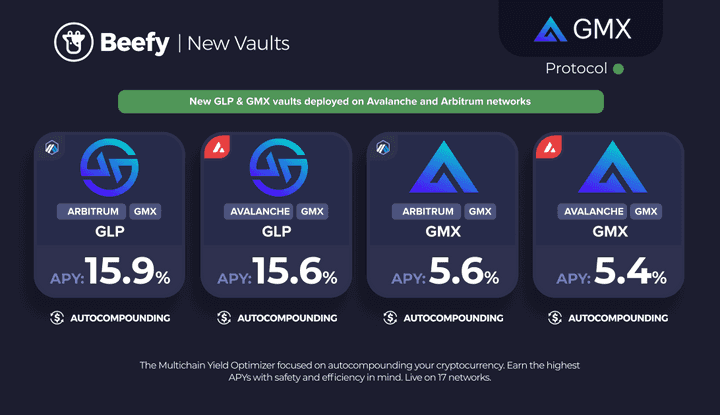 What are the benefits of the strategy?

Withdrawals will therefore only work 15 minutes after the most recent harvest. This will be displayed on the Vault UI. At the contract level, Beefy has introduced safeguards to prevent withdrawal griefing.

Traders who use our GMX link will get a 5% discount and grant Beefy treasury addresses a 5% rebate.