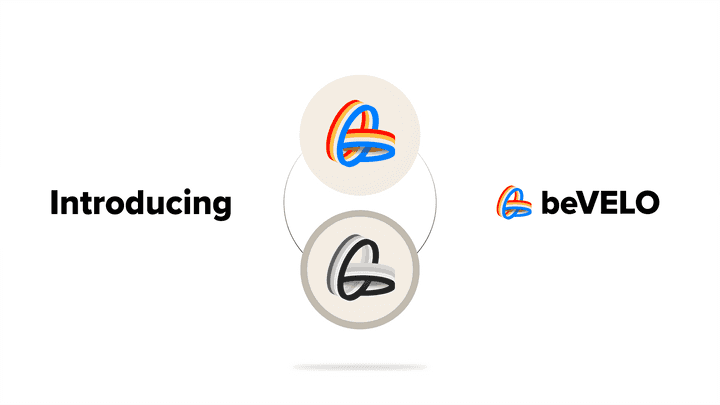 After deploying Vaults on Optimism on July 27, Beefy has quickly become one of the network’s largest protocols. Our on-chain compounding amounts to roughly $34,000,000 of TVL daily - but there’s more innovation on the horizon. Now, we’re ready to bring the Cowmoonity beVELO, a Beefy escrowed token that gives you real bang for your staked VELO buck.

Velodrome is an AMM designed to provide deep liquidity and low fee/slippage trades. Velodrome is an improved fork of the Solidly Exchange launched by Andre Cronje.

VELO is Velodrome’s governance token used for rewarding liquidity providers through emissions. You can lock your VELO into veVELO, which will give you more or less voting power depending on the duration of the lock. By voting with your locked VELO, you can earn bribes and trading fees.

Any VELO holder can vote-escrow their tokens and receive veVELO (also known as veNFT) in exchange. Additional tokens can be added to the veVELO NFT at any time.

To mint beVELO, users need to deposit VELO into the Beefy beVELO Vault. This then locks 80% of the deposited VELO for four years (the maximum lock available) and in return provides the user with beVELO. beVELO is a transferable token that unlocks the value of their locked VELO.

Why should I lock VELO in return for beVELO?

beVELO provides an ERC20 token you can stake in the beVELO Vault. The Vault auto-compounds VELO into more beVELO. Another benefit for beVELO holders is the ability to exit their VELO position via the withdrawal reserve while also enjoying max locking of the veNFT.

How do I withdraw my VELO?

Users who want to burn their beVELO for VELO are subject to the same 20% withdrawal reserve as other beTokens. This mechanism means you can only return to VELO if there are enough tokens left in the reserves. Beefy will stake 80% of the VELO to earn veVELO and hold 20% in the withdrawal reserve

The reserves always have to be 20% of the capital locked. However, if they are depleted, 100% of earned yield will go to build the reserves back up to their 20% level. Once the reserves are full, any yield is locked on the next deposit.

What exactly can I do with beVELO?

Once you’re holding beVELO, you can stake it in the beVELO Vault to earn more beVELO. As mentioned, there will be no liquidity provided for beVELO by Beefy. 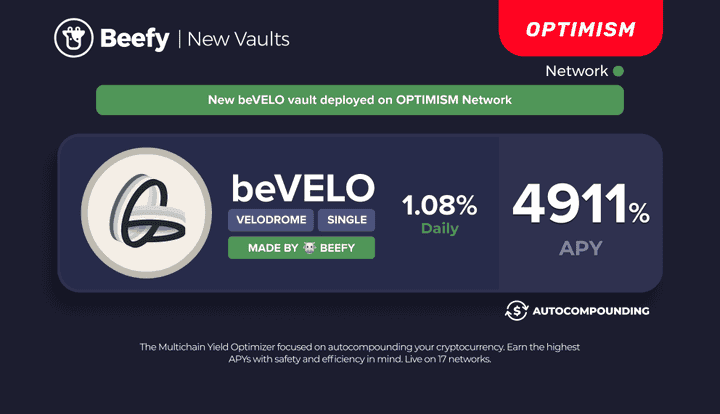 What do I get from holding beVELO?

beVELO will use 100% of its voting power on advantageous gauges (those that earn the most in bribes and trading fees, but only voting for Beefy pairs if the bribe is good enough). beVELO will harvest the tokens (fees and bribes) and sell those for more VELO. These purchased tokens will then be distributed to the beVELO Vault and given out as beVELO rewards.